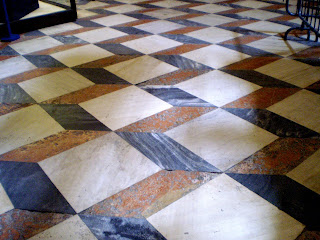 The name - Thiery figure - is said to have been given in 1895 when it was named after the psychologist A. Thiery. The examples here show that the figure has been around a lot longer than that.
Posted by Anneke Bart at 10:10 AM